Addison and Shaftesbury on Taste, Morals, and Society

The principal objective of the project is to re-examine a defining moment in the history of aesthetics. While the theories of taste developed by Joseph Addison and the third Earl of Shaftesbury are generally perceived as preliminary works for modern aesthetic autonomy, this project explores taste as an integral moral part of their vision of a politically stable society. The project 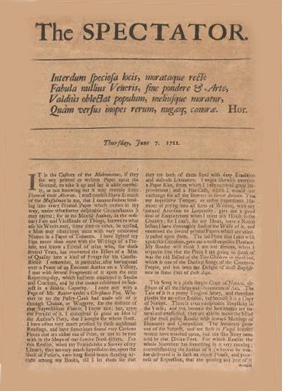