Often seen as distinct from one another, poetry and travel writing offer ways to rediscover place from different angles. In this symposium, we want to identify and analyze some of the perspectives travel writing and poetry can bring to an understanding of place and how these perspectives may intersect with one another. How does travel writing deploy a poetics of place? How does poetry offer readers a way of thinking about the pleasures, ethics and imaginaries of travel, distance and proximity?  How does movement – across space, sentences and lines of verse – unsettle ideas of belonging?

1. Anna Tomi
“Intertextual Empathy and the Politics of the Marginal: The Case of the Jewish Cemetery in Prague in Swedish Poetry”

This chapter traces the topos of the Jewish cemetery in Prague over the  course of a hundred years of Swedish poetry. As it travels from Carl  Snoilsky to Tomas Tranströmer, the intertextually fabricated site,  rooted in the Romantic cult of sensibility, is framed as a virtual space for empathetic encounters with otherness. From the  post-1850 influx of Ashkenazi migration from Russia and Poland to  post-1968 anti-nationalism, the trope is allegorized and universalized  along the way, constituting a proxy for discourses on race, nationality, and belonging in Sweden and Swedish-speaking  Finland. By following the image as it travels, we find that the Jewish  cemetery in Prague is evocative to these poets precisely as it  articulates unreadability, on the one hand illustrating how poetry, through dramatized encounters with otherness, thematizes its  own shortcomings, while simultaneously exemplifying the racialized  juxtaposition of homecoming and exile in the project of nation building.

The purpose of this presentation is to analyze the concept of travel in Julia Uceda's poetry. In particular, this examination will focus on the first stage of the author's poetry written under Franco's dictatorship (1959-1966); and, on the second stage of her poetry developed in the United States after she voluntarily decided to leave Spain (1966-1978). Some of the questions that this research will address are: how is the journey literarily represented in both stages? Are there links between the topic of travel and political vindication?

3. Millie Schurch
“’Where ye sweetness of a cultivated Country is intermixd with the sublime’:  Cultivating Ossian in Elizabeth Montagu’s Travels in Scotland"

In this paper, I examine how the salon hostess, colliery manager and letter writer Elizabeth Montagu  interwove references to James Macpherson’s Poems of Ossian throughout a set of travel  letters sent during her 1766 leisure trip to Scotland to construct a  unique mode of improving landscape observation. Montagu’s references to  Ossian showcase  a touristic engagement with the poetry that foreshadows  the outpouring of travel narratives of Scotland from the mid-1770s  onwards, but her aesthetic  ‘intermixure’, melding moments of poetry with history, landscape  observation, and narrative accounts of her reading the poems on her  journey, is distinctive. Writing  at a moment when rational Enlightenment values were gaining momentum  in shaping Scottish agricultural reform, Montagu’s representation of  Ossian in her travel letters embodies her interpretation of rational  Enlightenment improvement; as Enlightenment improvers used practical and  theoretical tools of reform, Montagu blends the  material, practical and aesthetic dimensions of reading Ossian while  moving through the landscape to present the ‘improving eye’ not only as  observational and interpretive, but as a process of literary cultivation  and textual improvement.

The forest is a place characterized by a special phenomenology: that of impeding vision and thereby fostering topographical disorientation as well as vulnerability beyond social control. Literary renderings of the forest take account of this, but they also challenge conventional epistemological conceptions separating human subjects from their natural environment. Referring to four lyrical examples this paper explores  varieties of subject-object entanglement and saturation: resisted in von  Heidenstam’s ”Tiveden”; undergone at the beginning of Dante’s Divina Commedia; overcome in Gullberg’s ”Människors möte”; and embraced in Stevie Smith’s ”I rode with my darling in the dark wood at night”. Texts will be provided, together with translations into English.

5. Sofia Roberg
“The absence of doves. On place, space and traveling in Inger Christensen’s Alfabet”

The Danish poet Inger Christensen’s long poem Alfabet (1981) is perhaps mostly associated with the spellbinding listing of things that exist – from apricot trees to atomic bombs – and its intense reflection on Cold war fears and threats. In the poem there is, however, also a poetic “I” who travels by train through Sweden, up to the northernmost parts of Norway. Watching seagulls in Berlevåg harbour, the poetic “I” thinks about doves, and through the absence of doves a reflection on wonder, piety and an openness to the world takes form. In this paper I will discuss how notions of place and space, of the local and the global, are expressed through the motif of travel in Alfabet, and how this connects to the concept of ecopoetics.

6. Ingela Nilsson
“Going back home from Greece: The meaning and meaninglessness of space in Constantine Cavafy’s poetry”

Constantine Cavafy (1863–1933) wrote several poems in which historical moments of the Graeco-Roman past were recalled and imagined. Time is accordingly often seen as a recurring motif in his work, but space is just as important when it comes to staging such decisive points, especially in light of the liminal situation in which Cavafy found himself and often commented on through his poetry. For instance, in one of his most famous poems, Ithaca (1911), the journey of Odysseus is used as a kind of philosophy to people in quest of a home at the end of the road or the end of their lives. While a certain place may be the object of longing, it is the journey and not the destination that matters; accordingly, the place (proximity) rather than the movement (distance) is unsettling, because such a physical space implies a sense of belonging. And Cavafy was a true cosmopolitan, who belonged anywhere and nowhere.

In this paper I will approach such issues by looking at two less known poems, both of which remained unpublished until after Cavafy’s death, perhaps because of their potentially subversive character: Going Back Home from Greece (Επάνοδος από την Ελλάδα, July 1914) and Exiles (Φυγάδες, October 1914). The poems are set in the first centuries of the common era, but they may be read as comments on the liminal situation of Greek communities in places like contemporary Alexandria, the home of the poet. Above all, both poems show the ambiguities in cultural allegiance that Cavafy so often returned to and the – in the end – meaninglessness of physical space.

7. Sofia Ahlberg
“Learning from Being Caribou, hoofing it with Rilke”

In respect of the insights gained from Rilke’s advice to Orpheus, Karsten Heuer and Leanne Allison embark on their own poempilgrimage following the defeat of attempts to protect caribou migratory paths. Their journalling struggles to find the right words for a newly discovered relationship between place, themselves and the caribou they are observing. A written record emerges in step with their journey, making Being Caribou a valuable starting point for learning to resituate our place in this world despite knowledge of the environmental harm that humans have brought to the natural world.

8. Gustaf Marcus
The World is Medium-Sized. Michel Houellebecq and Globalization

Houellebecq belongs to a generation of French authors who seek to “rediscover” the world after what they see as a predominantly formalist twentieth century. However, his work on travelling and tourism (prose fiction, poetry, photography, essays) revolves around the experience of home- or placelessness in the globalized world. I try to show how this splitting apart of the subject and the surrounding world translates into two distinct voices or discourses in the work that are associated with prose and poetry respectively.

This paper shows how the contemporary American poet Eileen Myles develops a trans* ecopoetics of flow through driving, while confronting automobility’s role in environmental catastrophe and oil dependence. I will focus on the “LA/Driving poems” from Snowflake/different streets (2012), where Myles records their own voice while driving, thereby crafting cyborg poems where the car, cell phone, and recorder are part of the process of composition. In contrast to petrocultures scholarship, which tends to highlight the lack of literature’s reckoning with oil, I will show how Myles directly foregrounds the role of fossil fuels in developing a trans* ecopoetics of flow.

Phillis Wheatley’s poem ‘On Being Brought from Africa to America’ (1773) is famous - or notorious - for its drastic elision of the murderous Middle Passage. This experience of forced migration would only begin to be articulated in the form of memoir by Olaudah Equiano more than twenty years later, as an intervention in the newly launched campaign to abolish the slave trade, while more recently M. NourbeSe Philip in Zong! reinstates the unspeakable nature of the journey with poetry created through redaction of historical court case report.  Elsewhere in Wheatley’s Poems on Several Occasions, however, the poem ‘On Imagination’ describes with great vividness the itinerary of an alternative journey, enabled by a mental flight of fancy. This is travel narrative that is intrinsically poetical and stems directly from the constraints placed on the movement of the poet. It can be seen as a proto-feminist mode. Another woman verse writer, Anna Letitia Barbauld, an ardent religious Non-Conformist and later a political activist, also made her literary debut in 1773.  One of the most celebrated poems from her collection, ‘A Summer Evening’s Meditation’, similarly launches into fearless exploration of the cosmos. In this paper, I want to consider the scope for metaphysical tourism afforded by poetry, when physical travel is associated with trauma, or prohibited on the grounds of gender or race.

11. Francesca Bratton:
“’A Scattered Chapter’: Publishing as Form in Hart Crane’s The Bridge” 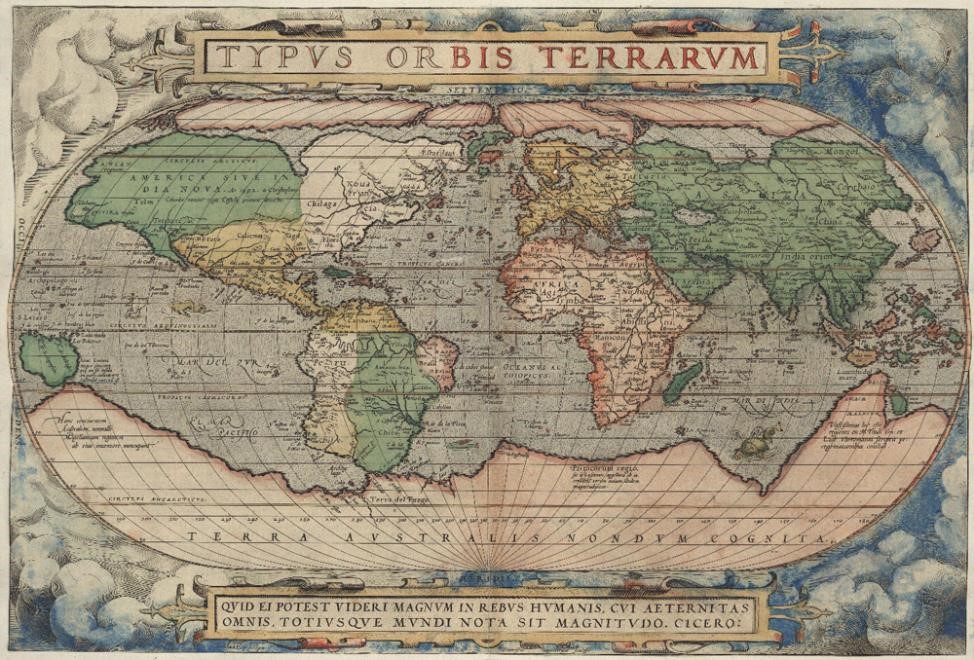